Once More: The Horse

A question frequently asked about the Book of Mormon is why so little evidence exists for the presence of horses in the Pre-Columbian Western Hemisphere. Thinking about this question requires us to begin by reflecting on the Book of Mormon text itself.

Is “horse” in the Book of Mormon merely a matter of labeling by analogy some other quadruped with the name Equus, the true horse, or does the scripture’s use of “horse” refer to the actual survival into very recent times of the American Pleistocene horse (Equus equus)? If, as most zoologists and paleontologists assume, Equus equus was absent from the New World during Book of Mormon times, could deer, tapir, or another quadruped have been termed “horse” by Joseph Smith in his translating?

John L. Sorenson has suggested the latter possibility1 and has pointed to archaeological specimens showing humans riding on the backs of animal figures, some of which are evidently deer. Also Mayan languages used the term deer for Spanish horses and deer-rider for horsemen.2 Indians of Zinacantan, Chiapas, believe that the mythical “Earth Owner,” who is supposed to be rich and live inside a mountain, rides on deer.3 In addition, the Aztec account of the Spanish Conquest used terms like the-deer-which-carried-men-upon-their-backs, called horses.4

Another explanation has been to hold that true horses, which are well-documented for the late glacial age in America,5 survived into Book of Mormon times. Archaeologist Paul S. Martin, for example, saw no theoretical reason why “pockets” of horses and other Pleistocene fauna could not have survived as late as 2000 B.C.6 Dr. Ripley Bullen thought horses could have lasted until 3000 B.C. in Florida,7 and J. J. Hester granted a possible 4000 B.C. survival date.8

Various Argentine natural scientists have even maintained that the herds of horses on the pampas were native, not from Spanish imports, but they have lacked strong evidence for that view. Horse remains found in a Missouri Indian mound some decades ago were assumed to date after European horses were in the area—even though there was nothing specific in the circumstances of the find to indicate that it was post-Columbian.9 This sort of feeble evidence and argument has hampered acceptance of the Pleistocene survival view.

Yet there exists better evidence, universally ignored these days but deserving careful attention. Excavations at the Post-Classic site of Mayapan in Yucatan in 1957 yielded remains of horses in four lots. Two of these specimens are from the surface and might have been remains of Spanish animals. Two other lots, however, were obtained from excavation in Cenote [water hole] Ch’en Mul “from the bottom stratum in a sequence of unconsolidated earth almost 2 meters in thickness.” They were “considered to be pre-Columbian on the basis of depth of burial and degree of mineralization. Such mineralization was observed in no other bone or tooth in the collection although thousands were examined, some of which were found in close proximity to the horse teeth.” Clayton E. Ray somewhat lamely suggests that the fossil teeth were of Pleistocene age and “could have been transported . . . as curios by the Mayans.”10

In southwest Yucatan, Mercer found horse remains in three caves associated with potsherds and other artifacts, and with no sign of fossilization.11 Excavations of 1978 at Loltun Cave in the Maya lowlands turned up further horse remains.12

A careful study of the reported remains—examining museum lots, associated bones, pottery, and other artifacts—still remains to be done. Radiometric dating might also be worthwhile. Full references to related material are available to any qualified persons who desire to carry out such a study. But in the meantime, the few references to horses in the Book of Mormon should not be counted as erroneous or unhistorical.

11. See Henry Chapman Mercer, The Hill-Caves of Yucatan: A Search for Evidence of Man’s Antiquity in the Caverns of Central America (Philadelphia: Lippincott, 1896), 172.

Items in the BMC Archive are made publicly available for non-commercial, private use. Inclusion within the BMC Archive does not imply endorsement. Items do not represent the official views of the Church of Jesus Christ of Latter-day Saints or of Book of Mormon Central. 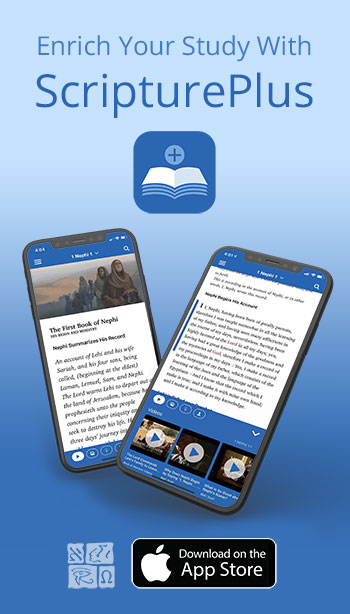